Have you ever heard about the Chinese Hamster? These small rodent species have several biological features and are used in biomedical research. The Chinese Hamster has a grayish-black coat and a black stripe and has played a significant role in producing glycosylated therapeutic proteins. You can keep them in your home; however, before keeping you should know about this species.

These Hamster belongs to the genus of Cricetulus that originated in the deserts of China and Mongolia. As compared to other hamsters, they have an uncommonly long tail, and their color and long tail make them look mousy. These hamsters are mainly used as lab animals where rats replace them, and they have been used in research since 1919. In the United States, this species was first used in laboratories in the year of 1948. They were gaining popularity in the year 1920 when they were used as a medical research tool.

Are you excited to know where hamsters live?

The first Hamster was found in Syria; apart from this; they live in Northern China, Greece, Belgium, and Romania. They like to live in dry and warm areas such as dunes, edges of the desert, and steppes.

Did you know a captive hamster’s diet consists of 16% protein and 5% fat? They like to eat seeds, nuts, fruits, cracked corn, vegetables, grains, and wild hamsters eat lizards, insects, and other animals. Hamsters love to chew things that help them to keep their teeth healthy. They love to chew the following items:

Hamsters are nocturnal, which means they sleep during the day and store foods in their burrows. One interesting fact is Syrian hamsters don’t like living with other hamsters, and they even bite the other hamsters. However, dwarf hamsters are social and have friendly nature. If the weather gets cold, then the wild Hamster hibernates and wakes up from hibernation periodically to eat.

If you put two different genders in a cage, then the female Hamster will get pregnant quickly. The little Hamster is blind during his birth, and the youngsters are weaned. Hamster hardly lives one to two years or a maximum of three years.

These are ideal pets and are easy to take care of but have weak eyesight. They can bite if you scare or wake them up.

Read More:- These Are The Best Small Pets You Can Have for Apartment Living

Chinese Hamster, also known as a gray hamster or stripped-back Hamster, is famous for its small size, short gestures, low chromosome numbers, and polyestrous cycle. They played an essential role in infectious disease research and were used in epidemiological studies. This Chinese Hamster became a useful tool for metabolic disorders and therapies. Due to the low chromosome numbers, the Chinese Hamster became a popular tool for mutagenicity and carcinogenicity studies. Chinese Hamster ovary (CHO) cell was utilized to synthesize an extensive array of recombination protein products, and these proteins are used in the treatment of numerous human diseases.

Chinese Hamsters can suffer from respiratory infections, which is known as pneumonia. If you ever notice your Chinese Hamster suffering from sneezing, labored breathing, or discharge from the nose that means they have a respiratory issue, immediately take them to a veterinarian.

Keep in mind that several antibiotics can cause harm in Chinese hamsters. So if you notice any symptoms mentioned above, call your veterinary immediately.

Chinese dwarf Hamster is an athletic and energetic creature. They grow up to three to four inches; however, Syrian dwarf hamsters can grow upto five to seven inches. They love to run on their hamster wheels and live hardly two years. Chinese Dwarf Hamsters are mostly friendly and are mainly found in China, Mongolia, Siberia, and Korea. Chinese Dwarf Hamster is omnivorous and eats various foods such as fruits, berries, seeds, grains, and invertebrates.

Do Hamsters have tails?

Hamsters don’t have long tails; their tails don’t reach an inch in length. Chinese Hamsters have stubby tails, and tails usually get a full size. Their tails are hairless and shorter than gerbils.

Chinese Hamsters are fairly hardy pets and are now legal in many areas. If you are planning to keep them in your home, always keep in mind a dirty enclosure may cause health issues in these species. This Chinese Hamster is readily available in pet stores. A good breeder or rescue organization will give you the correct information about the pet. 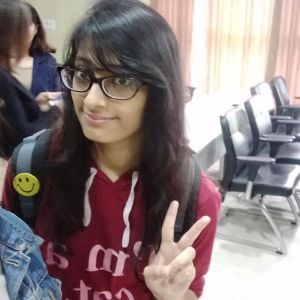 The Best Food For Golden Retrievers

Can Cats Have Peanut Butter?

How Much is Bethenny Frankel Net Worth?

What Are Attributes Of Good Software?

How Much is Bethenny Frankel Net Worth?

What you should know before applying for a payday loan?